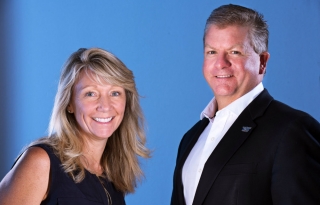 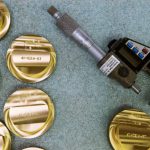 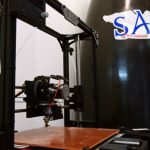 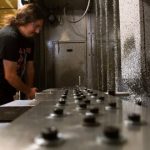 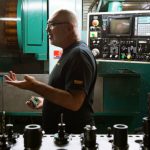 Co-founders Heather and Tim Bulk have expanded from cutting-edge aerospace R&D into manufacturing with a strategic acquisition.

Boulder, CO (August 15, 2016) - Heather Bulk, CEO of Special Aerospace Services (SAS), readily admits that Colorado is not on the top of most minds when the aerospace industry is mentioned around the globe. But Boulder and Colorado are vital cogs in the wheel of space.

Although most people outside the industry may think first of Houston and Florida's Cape Canaveral, Colorado's aerospace industry is near the top. The Colorado Space Coalition, which is affiliated with the Metro Denver Economic Development Corp. (MDEDC), says Colorado is the nation's second-largest aerospace economy. The industry accounts for 25,210 private aerospace workers in the state and has a $3.2 billion annual payroll, the coalition says.

SAS is relatively new, established in 2007 by Heather Bulk and her husband, Tim Bulk, the company's chief technical officer. The couple moved to Boulder and founded SAS after Heather left a 17-year career in financial planning and Tim ended his career with NASA's Johnson Space Center, where he was a deputy program manager, and at the Kennedy Space Center, where his jobs included being a project systems engineer responsible for the Atlas V launch vehicle certification.

As a tactical engineering firm, SAS has become an important part of the industry and not just in Colorado. Heather says the company designs aerospace solutions with its own R&D efforts and also works with its clients on their designs. In some cases their clients provide drawings and SAS builds prototypes. SAS also has produced numerous aviation parts for commercial use.

A core part of SAS's capabilities is its SpaceFlight Safety program, a trademark program covering processes for high reliability aerospace design, production, and operations. SAS has adapted the program to other high reliability-high risk technologies in the energy and manufacturing industries, explains Tim.

One of SAS's customers is Sierra Nevada, whose human-rated Dream Chaser cargo spacecraft is being developed at its Louisville facility. The craft, which could resupply the International Space Station, is designed to take off from Cape Canaveral and be able to return to earth to land on a runway.

Earlier this year, SAS was recognized by United Launch Alliance with the alliance's 2015 Small Business Recognition award for its work on ULA's Interim Cryogenic Propulsion Stage (ICPS) program. ICPS is expected to be on NASA's Space Launch System 2018. SAS is an integral part of the program's development, according to Gary Bartmann, ULA director for supply chain management.

"SAS has gone above and beyond to ensure that all ICPS requirements are delivered on time and with the highest quality, thereby enabling ULA to support critical design reviews," Bartmann says.

"One of the interesting things is that Colorado has large prime contractors that employ large numbers," Lea says. "But 57 percent of the companies employ 10 people or fewer. The smaller ones are really thriving, particularly in Colorado. A company like SAS is a very good example of how they are working with industry needs and providing products and services in a dynamic way. The manufacturing facility is a dynamic way of addressing industry needs in a timely way. SAS can be nimble and responsive in a way a larger company may not be able to do."

"One of the biggest challenges for any small company is navigating the requirements and government regulations that are necessary to provide the level of quality that's expected," Heather says. "The number of certifications and licensing is critical and incredibly difficult to get." She says that's why SAS's reputation and recognition as a woman-owned corporation matters.

The acquisition of a manufacturing arm has opened many opportunities to produce parts for use in commercial aerospace and for the Department of Defense and NASA, she says, adding "then you layer on the aeronautics and it is very exciting." Tim says companies have sought SAS for its certifications, its experience with NASA and the growing segment of commercial lower-orbit human spaceflight. "We have a lot of people from NASA's human flight program and can bring those to these emerging companies," he says. "We can help on the government side and for the commercial providers."

SAS is counting on continued support from the state to continue developing the industry, especially the manufacturing side of it. The company did receive grant money to hire and train workers for its manufacturing business, which Heather says was "very positive." But she says aerospace manufacturing has declined overall in Colorado "and we're on a mission to maintain it but also grow it here in the state. These are good jobs and good paying."

The article may also be found on Compnay Week Website